AR and VR for Android 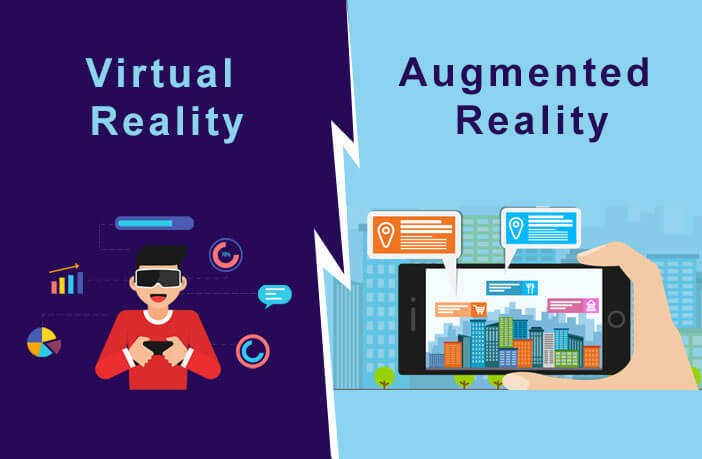 AR and VR are becoming very beneficial for many areas of our everyday life. In this article, we will tell you everything you need to know about AR and VR. We will cover what AR technology and VR technology are, how to use them on your Android device and what are the top AR and VR games you can play.

Augmented reality (AR) is one of the biggest technology trends right now, and it is only going to get bigger. AR-ready smartphones and other devices have become more and more accessible around the globe. AR devices let us see the real-life environment right in front of us with a digital augmentation overlaid on it. Devices like the Microsoft HoloLens and many other “smart glasses” are transparent, allowing you to see everything in front of you. The technology is designed for hands-free movement while projecting images and figures over whatever you look at. For example, a dinosaur might cross your road, or maybe a dancing alien will offer you a taco. With advances in AR technology, these examples are not different from what might already be available for your Android device. AR displays can show something as simple as a piece of information that shows the time to something as complicated as holograms floating in the middle of a room. Most AR applications require 6DOF in some form, tracking your location so the software can maintain consistent positions for the images it projects in 3D space. That’s why the HoloLens uses a stereoscopic camera and advanced pattern recognition to determine where it is at all times and why more advanced, AR-centric devices use many rear-facing cameras to track depth. Perhaps the most famous examples of AR technology are Pokemon Go, which was released in 2016 and quickly became a hit, and Snapchat lenses. Games aside, there are numerous uses for AR in our everyday lives like: 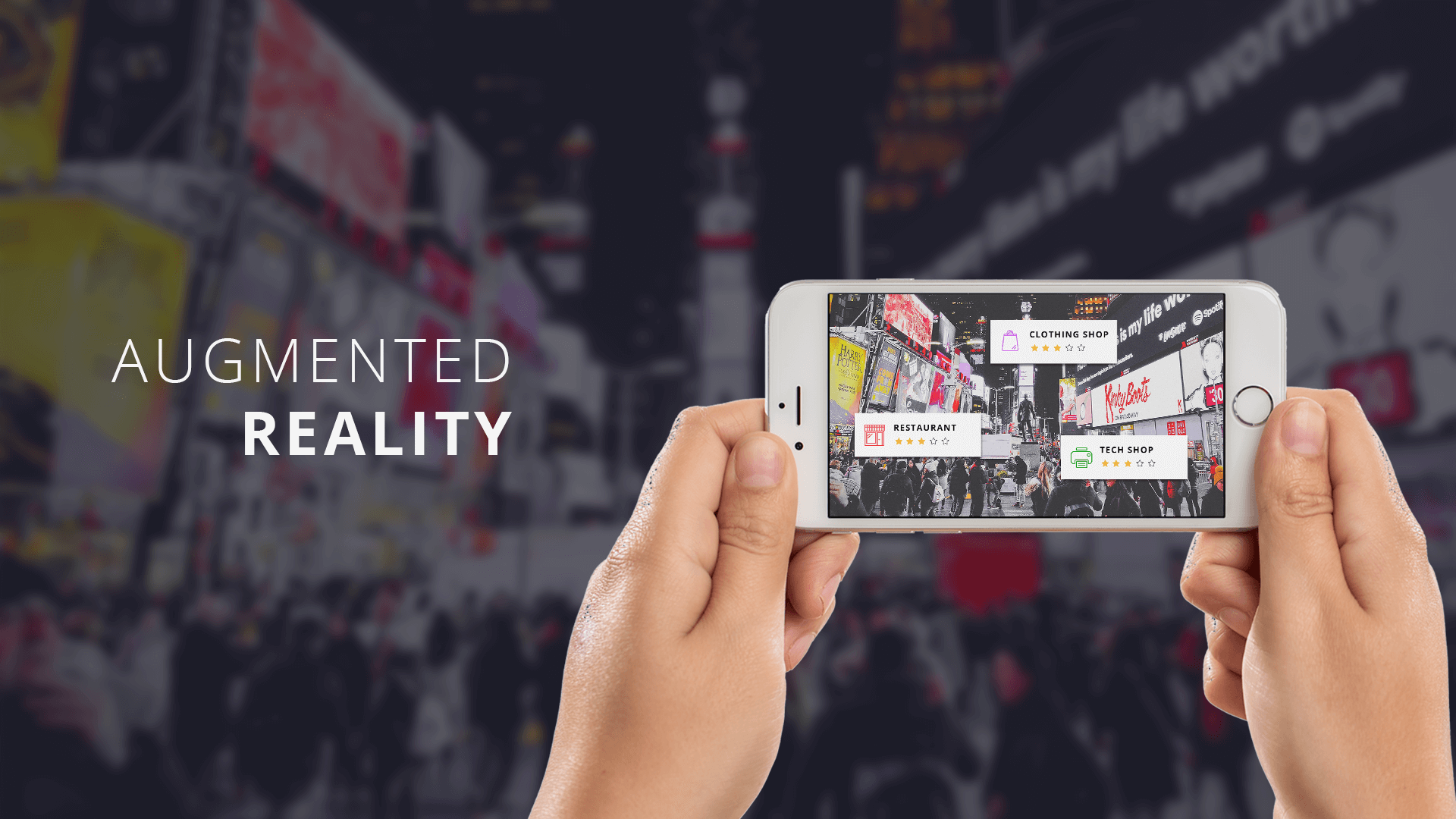 Virtual Reality (VR) is the use of computer technology to create simulated surroundings. VR headsets completely take over your sight to give you the impression that you’re somewhere different. By simulating as many senses as possible, such as vision, touch, hearing, even smell, the computer is the creator of this artificial world. In Virtual Reality, the computer uses sensors and algorithms to determine the position of the user’s eyes within the simulated scene. It could be a game, a 360 video, or the virtual space of the platforms’ interfaces. If the user’s head rotates, the graphics will respond accordingly. For both games and apps, virtual reality replaces your surroundings, taking you to other places. The simplest example of VR is a 3D movie. Using the special 3D glasses, you get the feeling you are being a part of the film with an on-spot presence. You can now use VR headsets to explore even further. You can play tennis and other sports in your living room by holding sensor-fitted gloves for playing within a computer-controlled game simulation. Other uses of VR technology involve training and simulation, VR-aided walkthroughs of a home or apartment, aviation, medicine, the military, and many more. 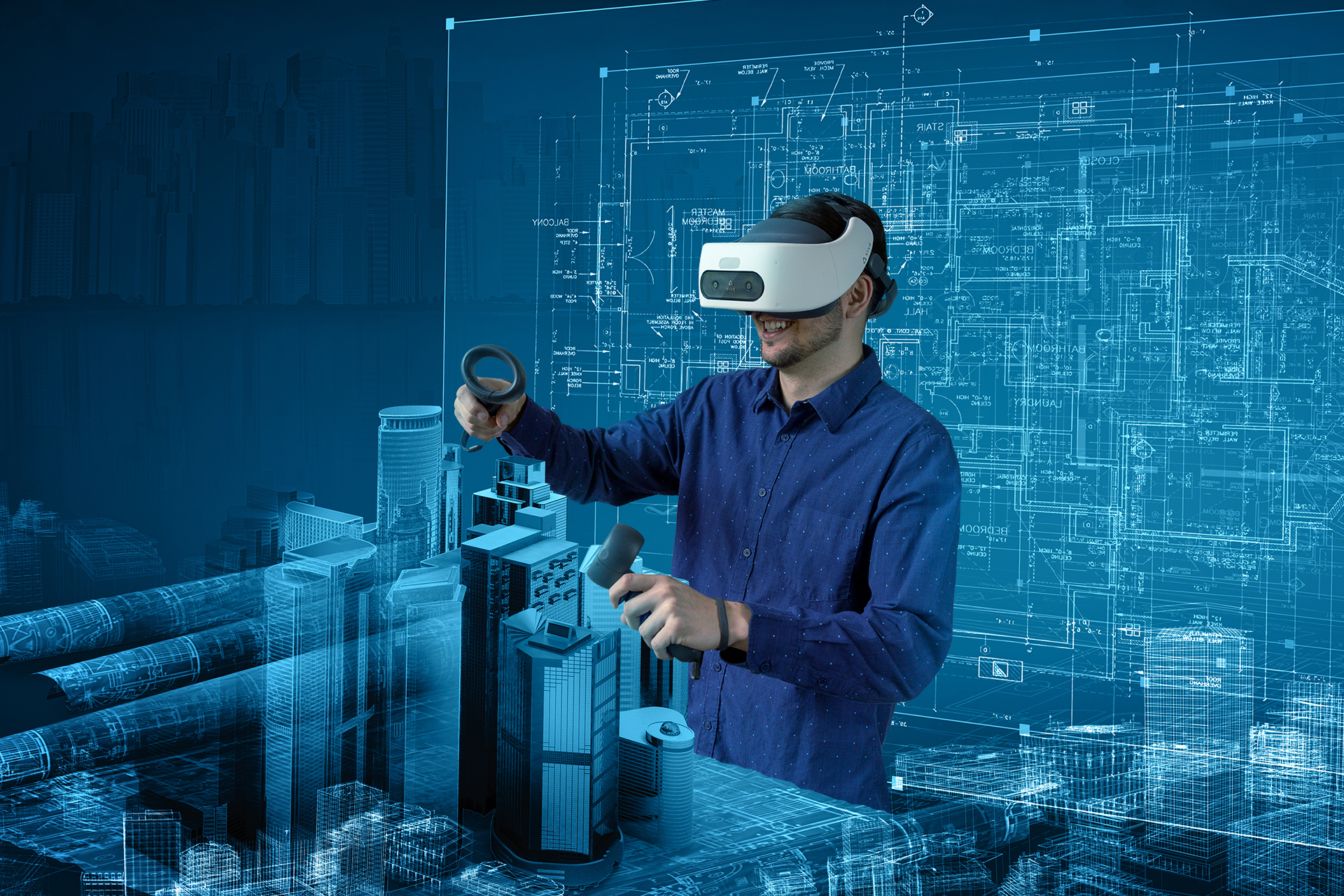 How to get AR on your Android?

Google has an officially supported device list for its ARCore platform, which consists of the more modern devices. If you are wondering how to play some of the cool new games and apps on your unsupported phone, don’t worry, we got you covered. You will need the following things:

First, you will need to install the ARCore/Playground Patcher Module. Open up the Magisk Manager app and go to Downloads.  Now tap on the search bar and enter arcore. After that, click the download arrow, then tap the Install option from there. When the install process is finished, tap the Reboot button to restart your phone to enable the module. Once your phone comes back from the restart, all you have to do is go to the Play Store and download the ARCore Platform so you can access all the AR apps and games you couldn’t before.

In order to experience virtual reality on your android device, you will need a working mobile VR headset. Some good headsets are HTC Vive, Oculus Rift, or Valve Index. Even if your phone isn’t the newest, you can still enjoy the VR experience. All you need to do is: 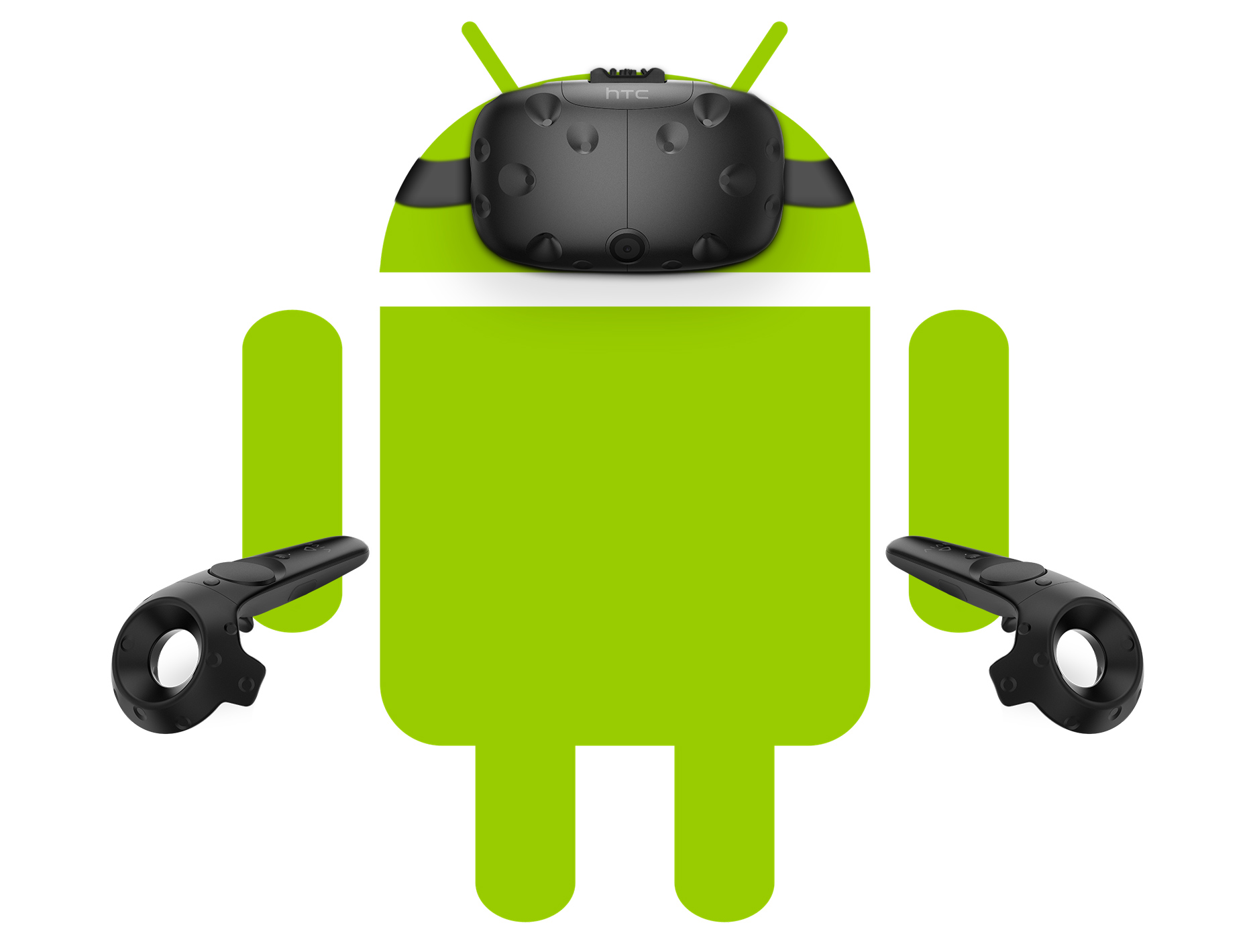 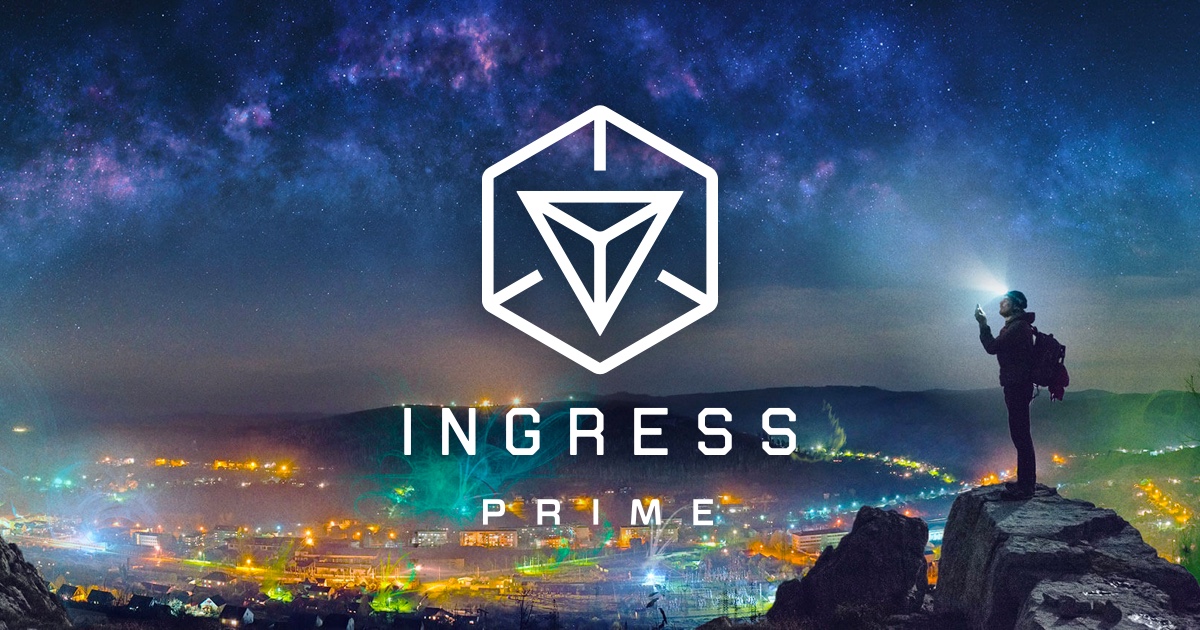 In Ingress Prime, the world is your oyster. There are no levels or boundaries; you can play and explore as much as you want. The game features a vast open world that encourages players to get lost and discover new places. And with the help of the in-game mapping system, it’s easy to find your way around.

In Ingress Prime, the way you progress in the game is by obtaining and spending AP (Action Points). You do this by performing certain actions within the game, such as hacking portals, deploying resonators, and linking portals. The more difficult the action, the more AP it will net you. You can also earn AP by completing missions and special events.

As you spend AP, you’ll start to level up. Each new level gives you access to more powerful items and abilities. There are a total of 21 levels in Ingress Prime. Once you reach level 8, you’ll be able to choose one of two factions to join: The Enlightened or The Resistance.

Once you’ve chosen a faction, you’ll be able to work with other members of your faction to help control the world around you. You can do this by capturing and linking portals, creating fields of virtual energy that boost the abilities of your faction’s members. The more territory your faction controls, the more powerful it becomes.

The ultimate goal of Ingress Prime is to achieve global domination for your chosen faction. To do this, you’ll need to cleverly use your resources, outwit your opponents, and build up a network of allies within your faction.

Zombie, Run! is a game that simulates the experience of a zombie apocalypse. Players must navigate their way through a map, avoiding zombies and other obstacles, while collecting items to help them survive. The game is heavily reliant on audio cues to create an immersive experience, and features voice acting from some of the biggest names in the genre, including David Tennant and Sarah Michelle Gellar.

Zombie, Run! was released to critical acclaim, with many reviewers praising its unique take on the zombie genre. The game has won numerous awards, including the BAFTA for Best Mobile Game.

If you’re looking for a truly unique and terrifying experience, then Zombie, Run! is the game for you.

Jurassic World Alive is a new, free mobile game where you can discover and capture dinosaurs in the real world.  In Jurassic World Alive, players can collect and hatch their own dinosaurs, and then train and battle them against other players. The game features some of the most popular dinosaurs from the Jurassic Park franchise, including the fearsome Tyrannosaurus Rex. Players can also create their own custom dinosaurs by combining DNA from different species.

Using the geolocation features on your phone, you can track down these prehistoric beasts and collect DNA samples to level up your creatures.

Jurassic World Alive is free to play, but there are in-app purchases available for those who want to enhance their experience. For example, players can buy new dinosaurs, or purchase items that will help them boost their creatures’ stats.

Whether you’re a diehard fan of the Jurassic Park movies or just looking for a fun and unique mobile game, Jurassic World Alive is definitely worth checking out! Knightfall is an augmented reality game that allows players to experience the medieval world in a whole new way. Through the use of AR technology, players can explore castle grounds, battle against virtual foes, and even solve puzzles to progress through the game. With its immersive gameplay and unique setting, Knightfall is sure to be a hit with gamers of all ages. 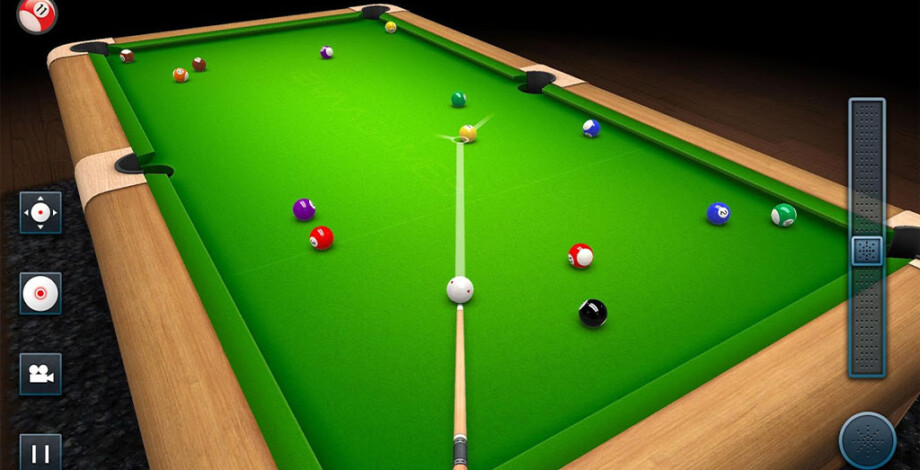 King of Pool is an online game that simulates the experience of playing pool in a real life setting. The player controls their cue stick and aims it at the cue ball in order to hit it and send it into one of the six pockets on the pool table. The goal of the game is to score as many points as possible by sinking balls into the pockets.

There are multiple levels to the game, and each level gets progressively more difficult. The game also features power-ups that can be used to help the player score more points. King of Pool is a fun and challenging game that is perfect for any fan of pool or billiards. 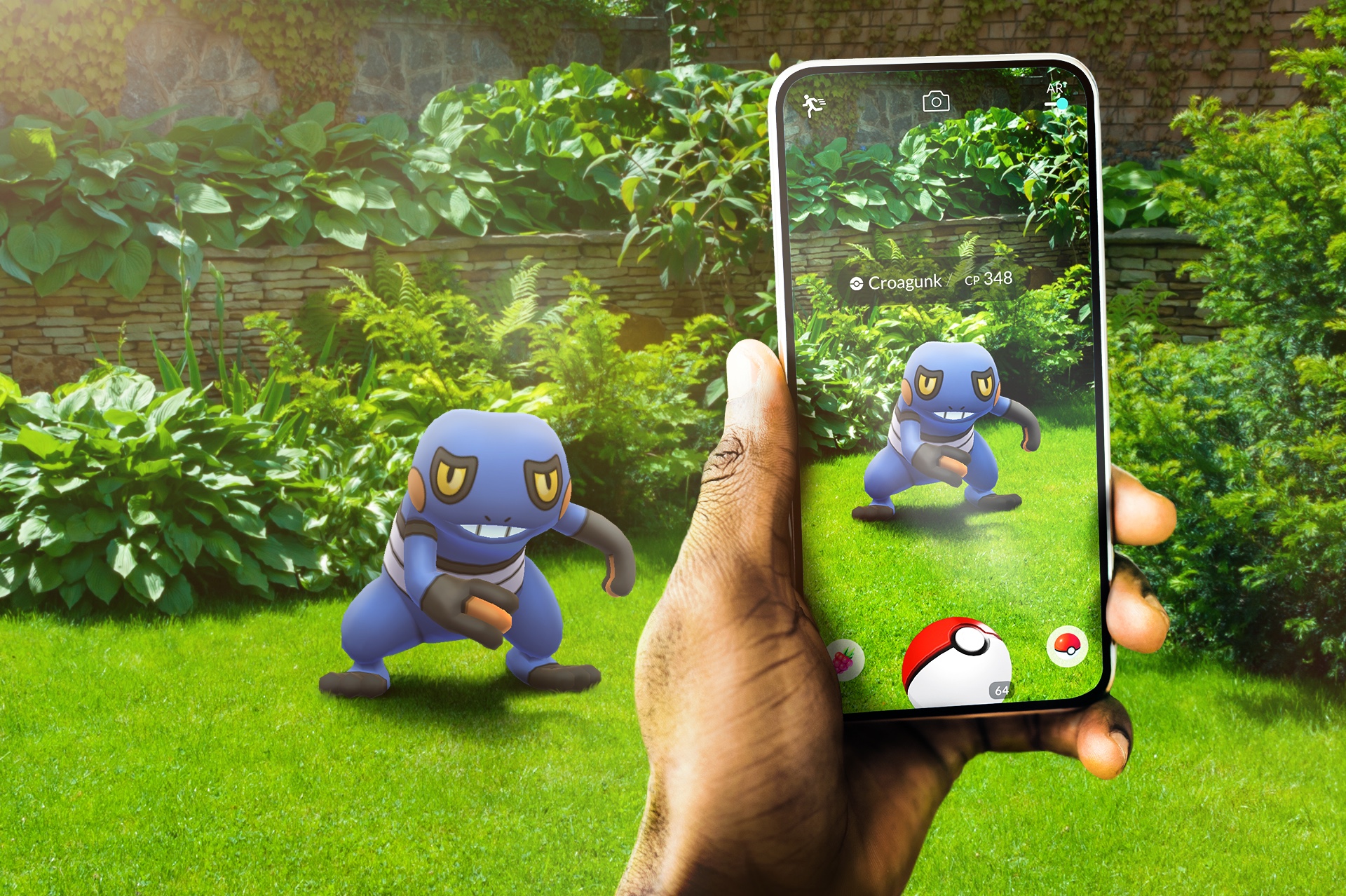 One of the most popular mobile games in recent history is Pokémon Go. The game was developed by Niantic, which is also behind the popular augmented reality game Ingress. Pokémon Go uses your phone’s GPS to track your location and then uses that data to place virtual Pokémon characters in the real world for you to catch. The game quickly became a global phenomenon, with millions of people playing it every day.

If you’re looking for a new and exciting way to play beer pong, then you need to check out the new Beer Pong AR game! This augmented reality game lets you bring the classic party game to life like never before. Simply point your phone’s camera at any flat surface and the app will transform it into a virtual beer pong table. Then start throwing balls and see if you can sink them into one of the cups!

The best part about this game is that you can play it anywhere, anytime. No more lugging around a heavy table or trying to find a level surface to set up on. And since it’s all controlled through your phone, anyone can join in on the fun, even if they’ve never played beer pong before. So whether you’re at a party, tailgating, or just hanging out with friends, be sure to give Beer Pong AR a try!

Future of AR and VR for Android

Assuming that Android will continue to be the most popular mobile operating system in the world, it is likely that AR and VR will play a big role in its future. There are already many applications for both technologies available on the Play Store, and it is expected that this number will only grow in the coming years.

One area where AR could have a big impact is in education. Google has already developed an AR tool called Expeditions, which allows teachers to take their students on virtual field trips. It is possible that in the future, more educational content will be delivered through AR and VR applications.

There are also many potential uses for VR in entertainment and gaming. While there are already some great VR games available, it is likely that we will see even more immersive and exciting experiences in the future.

Ultimately, it is hard to predict exactly how AR and VR will be used on Android in the future. However, it is clear that these technologies have a lot of potential and could end up revolutionizing the way we use our devices.

How to watch ‘It’s the Great Pumpkin, Charlie Brown’ for free on Apple TV+

Less Is More When It Comes To Sensor Power

15 Most Vital Milestones In The History Of The Computer