Google Pixel Watch: Long term review – An outstanding first effort, but there is room for improvement The long awaited Pixel Watch was officially released recently, answering many questions about the device and alleviating some of the concerns raised previously.

We’ve had one on review for a couple of months now, with our first impression posted shortly after release, but finally, we put I’m the time to complete a more thorough review. There are still a few issues that need to be outlined as part of the review, but overall, it’s an outstanding first effort.

It’s a really nice looking watch, I’d argue one of the slickest looking watches around at the moment. Sleek enough to fit in a professional setting but also not look out of place in a casual or fitness environment. This leads to one of the really impressive design elements the ease of changing bands. I wouldn’t necessarily recommend it because of the price, but changing bands is physically very easy and quick to achieve with the connection system Google has implemented. While this adds versatility to the look, I’m personally very happy with the plain black band across my daily living needs. Internally, there’s 2GB of memory and 32GB of storage for apps. Driving the hardware is a Samsung Exynos 9110 SoC and Cortex M33 co-processor making the hardware reasonably battery efficient. The size of the watch face has really hit the mark, which is sleek enough in presentation that it doesn’t look out of place on almost any wrist. It’s also light enough that it isn’t a cumbersome device to wear all day, and night, which is important for some of the Fitbit features.

Packed into a device measuring 41mm in diameter and 12.3mm high is the screen, which is really crisp and offers a 450 x 450 resolution, 320ppi experience. Perhaps the most impressive feature here is the 1000 nits of brightness that makes it easy to read, even in bright sunlight. This is all encased by domed Corning Gorilla Glass 5, which is pretty sturdy, but I’ve still skipped a few heartbeats after knocking it heavily.

The combination of the physical size, the weight and the materials chosen for the included band make this a device that’s so comfortable I didn’t think twice about wearing it all day and night, except for charging time.

I found myself skim-reading the first few lines of emails on my watch regularly, just to see if it’s something I need to deal with now, whether it can wait, or if I can simply swipe the notification away to deal with much later. But that quick touch response also makes call handling (through the onboard speaker and mic) very easy.

The software on the Pixel Watch shows that WearOS isn’t the hot mess that many think it to be. It’s fast to navigate, stable and intuitive in operation, which suggests that the problem has been a combination of the hardware and optimisation. The setup is so quick and simple that I could do it while functioning on only a few hours of sleep. You simply need to be able to follow the bouncing ball, as the instructions on the screen even include pictures of what buttons to push on the device to connect to your phone and even process the first update you’ll get out of the box.

Something worth noting is that in the early stages of this review, I did see a number of disconnections from my phone. But after the first major software update, this seems to have been pretty much resolved, which is a great outcome.

Because I’m well invested in the Google ecosystem, I didn’t have any problem populating the photos watch face with the requisite number of available pics. However, there are plenty to choose from with a variety of data sets featured, from fitness to notifications. Coupled with this available data, you can add a lot of tiles to swipe through to allow you quick access to the data you want. Navigating the software is very simple and can be done through several options. The first is the raised crown on the side of the device, which spins easily and rolls through the menus on your watch predictably. I have some concerns over the potential for this to get knocked around across the long term, but so far, it’s holding up well and still looks new. The second is the intuitive touch controls, simply swiping and tapping your way through the menu and finally, Google Assistant can do pretty much anything by voice you can by touch. 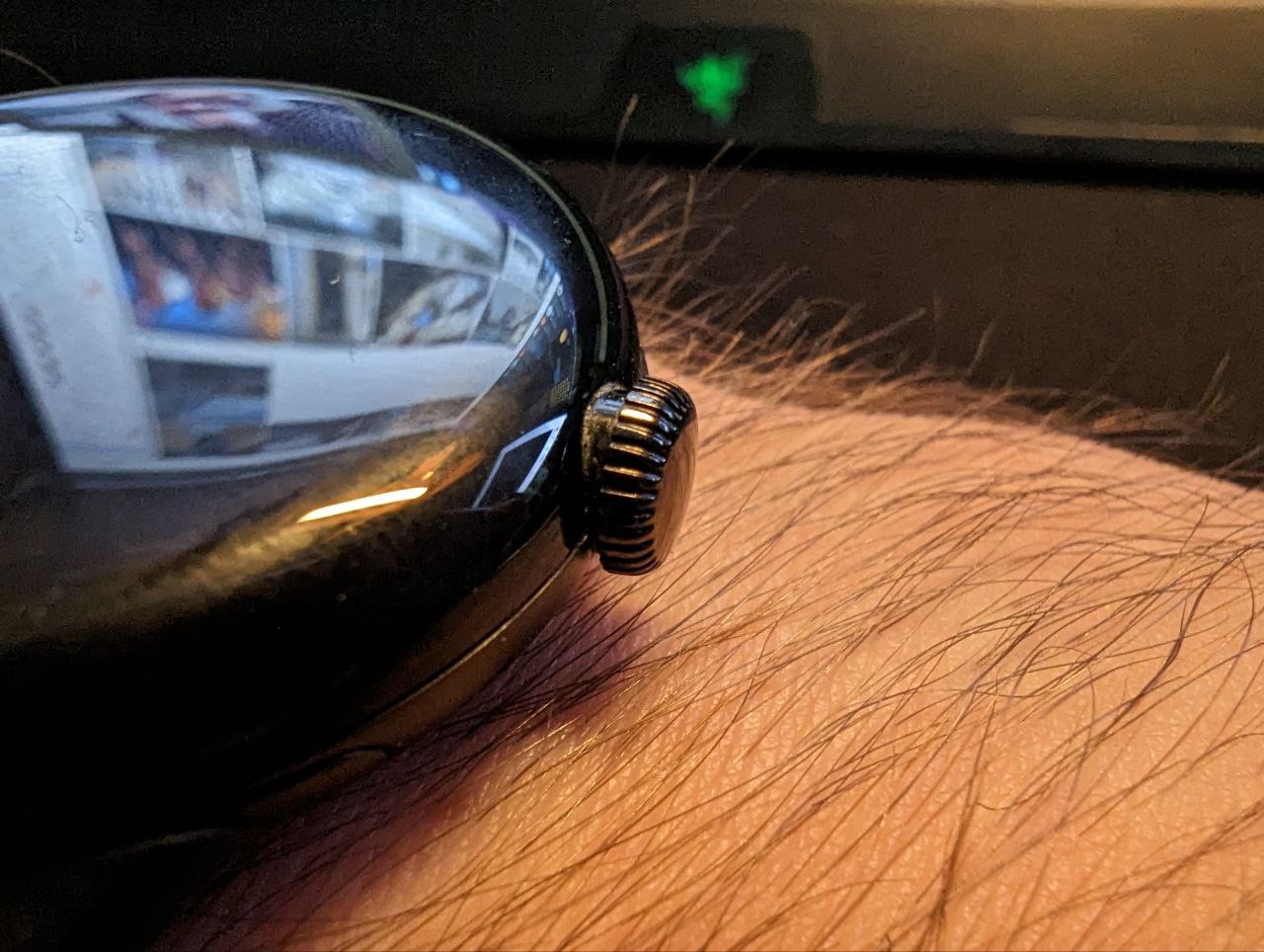 A quick point of note: The Pixel Watch has been confirmed to receive updates until October 2025. That’s three full years from the release of the device, and by then, we’ll hopefully have something newer and shinier to admire.

One of those data sets is from Fitbit, and the integration is very smooth. Given the size of the Fitbit user base, anyone in that market segment is going to feel pretty comfortable with the fitness tracking side of the Pixel watch. This is also where needing a second app — Fitbit — comes into play for the Pixel Watch; honestly, it hasn’t been a big issue for me.

What’s been impressive is the accuracy and speed of the activity tracking, particularly if you’re doing outdoor activities, the speed of GPS lock on. Day to day, though, I feel like the step count is potentially a bit on the generous side. In reality, though, if you’re looking for 10,000 steps a day, this probably isn’t a device you will be looking at.

The tracking of activities has been fairly consistent with previous devices I’ve used for tracking. The calorie count is also a little higher, and in honesty, I’d probably trust this more than the Charge 5, based on price and the number of sensors on the device.

The problem that a lot of users are going to have with this is that you get six months of Fitbit Premium with the device. But after that, you’re up for $14.99 per year to maintain that, otherwise you’ll lose access to a lot of the Fitbit features like sleep tracking and readiness scores. This is honestly where I believe the Fitbit experience excels over other options, as it’s not just about the activity and weight loss; it tracks your general activity, rest and recovery.

One of the biggest things that have been highlighted by so many of the reviews I’ve read is the battery life. I’m not going to paint the picture that it’s brilliant, but it’s very workable. As mentioned in our first look, what has worked for me is simply establishing a routine of charging the device while I’m getting ready for bed and in the morning while I’m in the shower. Since doing that, I can only think of a few moments I’ve been caught short on battery. Thanks to the second charging cable that lives in my daily carry kit, that wasn’t a particularly big problem, mainly because the watch charges pretty quickly. So 15 minutes on charge was sufficient to get me a good boost in battery life and through the rest of the day.

Being really picky about it, there are a couple of other items I’d like to see added. One is simply a point of convenience as there isn’t an automatic bedtime/sleep/DND mode. Being able to trigger this automatically would be better than forgetting and getting woken by notifications while you sleep.

While I’m happy with the physical size, I’d argue that there’s a case for a larger model, too for people who want that extra screen size. Whether it’s just that they want the screen size, their eyes aren’t as good as they used to be or they’re 6’5 and smaller watches simply look comical on them. This could well be something for a future generation of Pixel Watch, but it isn’t something we’re aware of being in development at this time.

Given that it’s Google’s first run at a smartwatch, this is a minimal list of gripes.

Should you buy one?

There are a lot of little questions to be answered to give you a straight answer to that. First, you’ll need to overcome the barriers with the device, primarily the battery life and cost. At $549.00 for the base model or $649.00 for the LTE version, it’s not a cheap device. If you’re looking for a Fitness Tracker, then there are plenty of other, cheaper devices — including from Fitbit — that will suit your needs.

Then there’s the battery life, and, as mentioned, to overcome this, you’ll probably need to invest in a second charging cable adding another $49 to the cost. 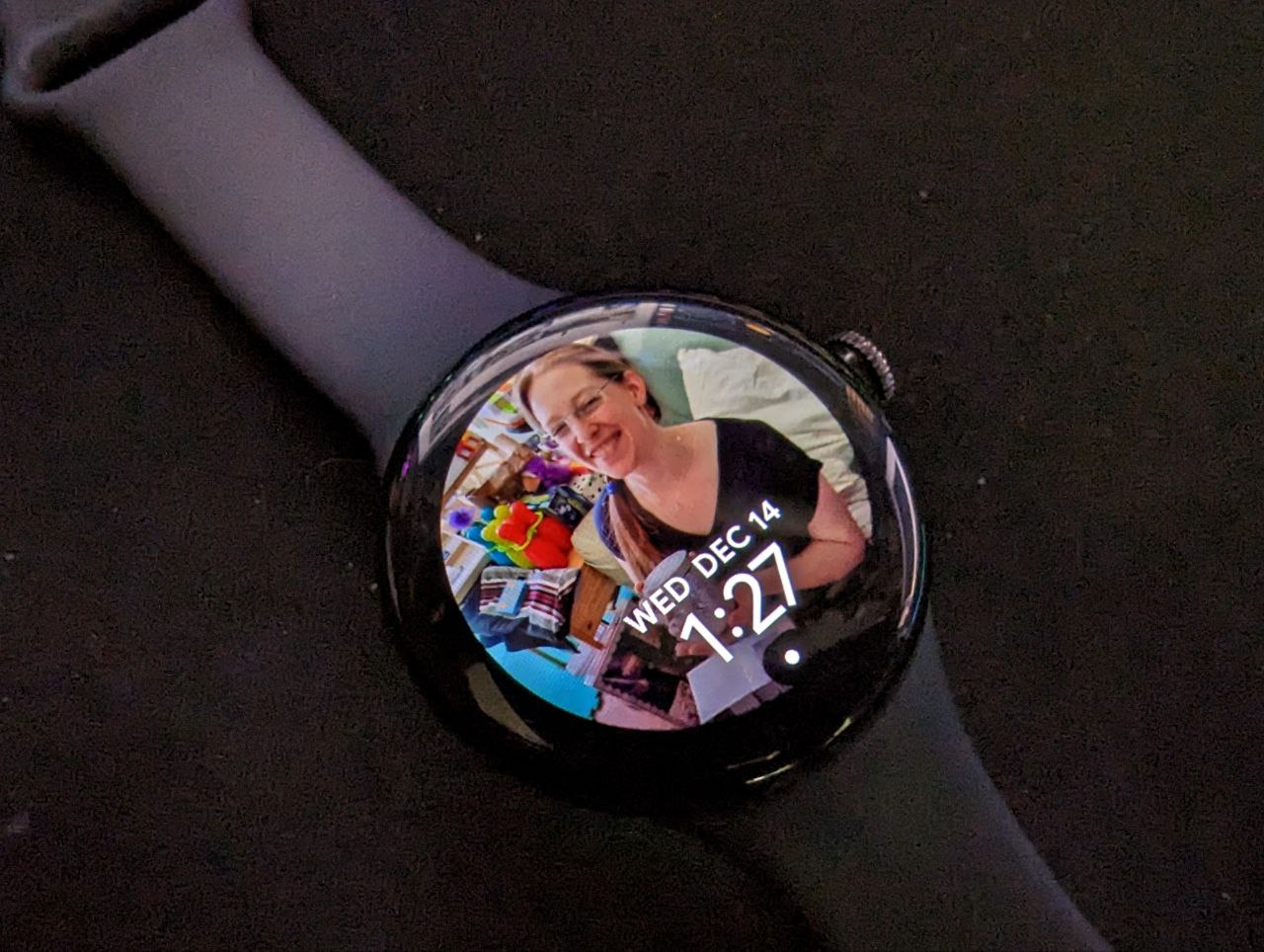 If you’re able to overcome the cost and adjust your routines to suit the battery of the device, then it is a very attractive option. The watch looks great and is very comfortable on your wrist all day and night. There are an array of sensors to track your general and fitness activities throughout the day, as well as your sleep and other important health metrics.

Functionally, the Pixel Watch hit every mark I wanted and expected it to with plenty of control, notifications, easy navigation and connectivity to boot. When you chuck in access to Google Wallet, Google Maps on your wrist and Google Assistant, I’m ready to admit, I’m hooked on this thing. If the next generation takes a further leap forward, then it’s going to be spectacular.

The Pixel Watch is available through a huge number of online and retail stores, as well as the Google Store.

Google has not requested return of the hardware following review

5G tech is ‘very different’ compared to the previous generation